“"...rich in voice, with a fluid scat…reaches into a song, pulling everything she can from it – all the sweetness or sorrow, joy or sassiness that can be had…”” - Providence Monthly

Shawnn Monteiro is a veteran jazz singer whose conversational storytelling style and phrasing sometimes recall Carmen McRae a little although with her own musical personality. She was discovered early on by Mongo Santamaria, working in his band for two years before launching her solo career. Ms. Monteiro made her recording debut in 1993 and has since led six albums (including three for the Whaling City Sound label) with one of the highpoints being 2002’s One Special Night. In addition to teaming her with flugelhornist Clark Terry and drummer Jimmy Cobb, that album had her accompanied by her father, bassist Jimmy Woode, who is perhaps most notable for his important stint with Duke Ellington. Her new recording You Are There is dedicated to her father.

This set has the singer joined by two world-class rhythm sections. The first six songs feature the recently deceased pianist Michael Renzi (a master at accompanying singers), bassist Dave Zinno and drummer Steve Langone while the second half of the set has pianist Kenny Barron, bassist Nat Reeves and drummer Joe Farnsworth. Trombonist Steve Davis is a major asset on a few of the numbers while trumpeters John Allmark and Joshua Bruneau also have their moments to shine.

Shawnn Monteiro, who explores both familiar standards and a few superior obscurities, has a mature voice, a deep understanding of the lyrics that she interprets, and a solid sense of swing. She begins the program with a joyful version of “Dearly Beloved,” puts plenty of quiet feeling into Blossom Dearie’s “Inside A Silent Tear,” and is in top form on a contrasting pair of Dave Frishberg songs: the whimsical “Let’s Eat Home” and the emotional ballad “You Are There.” Renzi contributes some sparkling piano to a medium-tempo “How Deep Is The Ocean” and both the singer and trombonist Davis sound beautiful on “You’ll See.”

The music stays at a high level during the second half of the set. “The Shadow Of Your Smile” has some fine scat-singing and trombone work; their interplay is one of the set’s highlights. On “Autumn Leaves,” Shawnn Monteiro begins singing the verse as a duet with Barron, states the melody with the trio for a chorus. and then in the second chorus really displays her jazz phrasing, perfectly placing her notes without losing the words or the melody. A light bossa rhythm, a fine trumpet solo and the leader’s warm singing uplift the lesser-known “Alone At Last” and she follows with a personal version of “Never Let Me Go.” A cooking “How High The Moon” is sandwiched by “I Hear Music” before the set concludes with “My Old Friend,” a heartfelt tribute to a close associate.

You Are There is an enjoyable and easily recommended set full of first-class singing that features Shawnn Monteiro in top form.

For most, if not all, artists, work is a personal statement, a creative proclamation of who they are and where they come from. Vocalist Shawnn Monteiro dedicated this wonderful new project to her Dad, the acclaimed late bassist James Bryant Woode (pronounced Wood’ ee), a veteran of Duke Ellington’s orchestra, and whose performances include that legendary night at the Newport Jazz Festival in 1956, as well as dates with legends Charlie Parker and Eric Dolphy, among others. When Shawnn sings the title track, Woode becomes a visible presence in his daughter’s performance; you can sense how hard it is for her to finish the song without choking up. But it’s this balance of control and feeling that embodies Shawnn’s unique connection with her audiences. You often hear people talk about how Shawnn “owns the room,” a phrase now used sparingly but often mentioned about Carmen McRae and Sarah Vaughan, two of Shawnn biggest idols and influences. This is also an accurate compliment for Shawnn.

You Are There is Shawnn’s sixth recording and her third for Whaling City Sound. She enjoys the company and support of two distinguished trios. The first six songs are with her regular working trio: Michael Renzi on piano, Dave Zinno on bass and Steve Langone on drums. The second half, recorded earlier on a session at Brooklyn’s revered Systems Two studio, features Kenny Barron on piano, Nat Reeves on bass and Joe Farnsworth on drums. Trombonist Steve Davis and trumpeters John Allmark and Joshua Bruneau also add their contributions here.

Overall, the repertoire is split between standards—done in Shawnn’s uniquely tasteful and swinging way, and numbers that are less well known. In both instances, Shawnn makes her interpretations look easy, effortless. This, as most singers know, is quite difficult, but is what serves to separate Shawnn’s work from so many other jazz vocalists. She sets as an example, the example, a prototype, for how to deliver a song credibly, whether it’s an old chestnut or a lesser known gem. Shawnn makes it look easy.

Shawnn recently retired as Adjunct Professor at the Hartt School/Jackie McLean Institute of Jazz in Hartford after 14 years in the classroom. As an educator, she also taught at Rhode Island College and the University of Rhode Island. In all three schools, she was a mentor, a role model and a guide to a number of aspiring vocalists.

Now that Shawnn no longer has the scheduling constraints of teaching, she has already started performing along the East Coast. Fans who have followed Shawnn for decades will indeed be pleased to hear this. Recently, one of her long-time musical directors/accompanists, said to her, “Shawnn, I have never heard you sound better than you did tonight.” By the lovely and loving sounds assembled on You Are There, we heartily agree.

—Bob Gulla is a Providence-based writer, author, and editor

Exciting, captivating and completely distinctive” is how most jazz cognoscenti describe Shawnn's pulsating lyric style. Whether in the intimacy of a club date or the glitter of a Las Vegas showroom, Shawnn has delighted audiences from USA to Europe with her highly popular jazz repertoire laced with blues-oriented improvisations.

Evident in Shawnn's liveliness of lyrical phrasing and intermittent scat variations is the influences of Carmen McRae and Sarah Vaughan, from whom she draws that inner core of creative energy. But good genes help, too. Shawnn's father was the late renowned bassist Jimmy Woode, veteran of the Duke Ellington band. Throw into the mix, a lot of musical inspiration and guidance from her Godfather, Clark Terry, and you come up with a combination that can't miss.

Percussion great and latin/jazz impressario Mongo Santamaria discovered Shawnn working in a club in San Jose, California and signed her on the spot to tour with his band. Shawnn electrified audiences as his only vocalist and female percussionist during that two-year circuit where she shared the stage with such greats as Stan Kenton, Celia Cruz, the Fania All-Stars, and Weather Report.

Ms. Monteiro has delighted audiences from the USA to Europe with her highly popular jazz repertoire laced with blues-oriented improvisations and the American Songbook.  The true quality of Shawnn's voice is best experienced in the ultimate setting of the club dates where her warm charisma can be personally felt by those fortunate enough to spend an evening with her,

She continues to teach Master Classes all over the world, including one ongoing every summer in Italy since 1995.  She is a former adjunct Professor at the Hartt School/Jackie McLean Institute of Jazz , University of Hartford, Hartford, Connecticut and also Rhode Island College in Providence Rhode Island.

Her popularity continues to grow as club-goers from Los Angeles to Rome extol the special feelings they share as she lulls them into a mellow mood as only a sensitive jazz vocalist can do. The true magical quality of Shawnn's exciting voice is best experienced in the ultimate setting of the club dates where her warm charisma can be personally felt by those fortunate enough to spend and evening with her.

She was an adjunct Professor (in Jazz Vocals) at both Rhode Island College, Providence, RI and Hart School of Music, Univ. of Hartford, Hartford, CT. 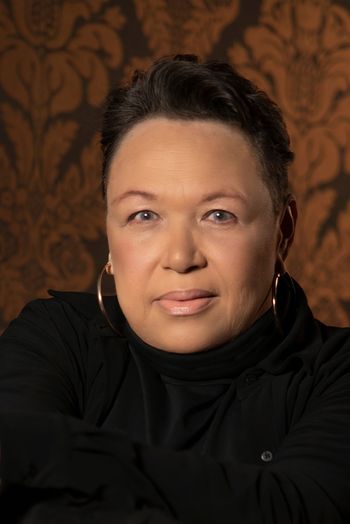 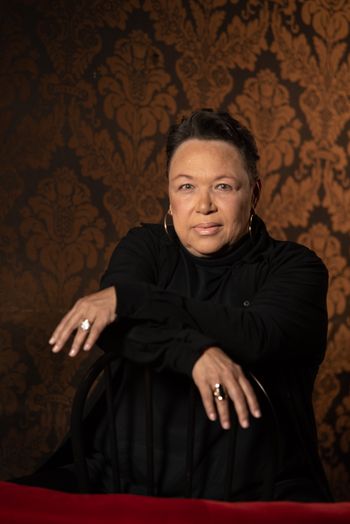 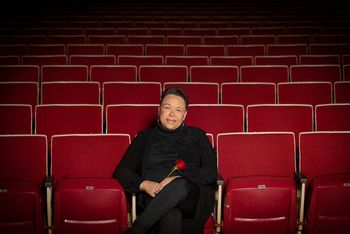 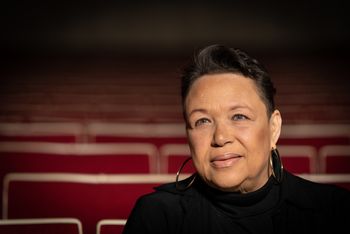 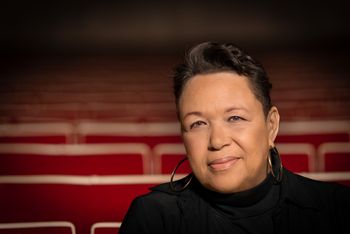 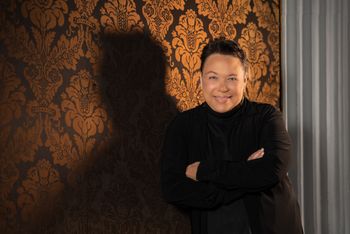 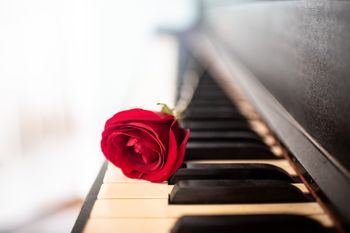 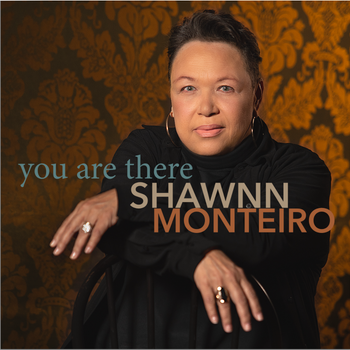